It’s beginning to look a lot like an election, at least in Shepparton.

After losing the country seat to independent Suzanna Sheed at the last state poll, the Nationals Party is looking to regain a seat it held for 47 years.

In an effort to reinvent itself in the electorate, the party has held a community poll to choose its next candidate from a field of three.

Usually candidates are preselected by party officials and party members, but the Nationals have opened the process to anyone enrolled to vote in the electorate.

A cold, wet day undoubtedly deterred voters from taking part in the voluntary poll, but just under 1,000 votes were cast, and a clear winner emerged in the party’s Federal Treasurer and Shepparton local, Peter Schwarz.

He said the process would help set up the Nationals candidate to defeat the incumbent.

“It gives a certain level of ownership to that candidate, it’s the community that’s chosen,” Mr Schwarz said.

“It’s not some three people put their hand up and two people get talked out of standing so we get left with one person, which sometimes happens in other parties.”

Nationals considering strategy for other seats

Victorian Nationals leader Peter Walsh declared the process a success, hinting the Nationals may look at a similar approach in the federal seat of Indi — also held by an independent.

“It’s something that we’ve observed our New South Wales colleagues do a couple of times now and in some ways not dissimilar to the US primaries in America,” he said.

“So it’s about getting the community involved in the preselection process which obviously comes before the actual election.

“It has been talked about with no decision made at this stage as to whether we might do it in the federal seat of Indi. That’s to be decided.”

PHOTO: Instead of having party members choose a candidate, the Nationals put it to the community. (ABC News: Stephanie Anderson)

This novel approach towards preselection signals the party’s recognition that it needed to change its strategy after the last state election.

It was a shock defeat when the Nationals’ candidate Greg Barr narrowly won the primary vote in Shepparton, but missed out after preferences were distributed.

Jeanette Powell was the former Member for Shepparton, who announced her retirement before the party was defeated in 2014.

She rejected suggestions the party treated Shepparton like a safe seat, or that there was appetite for change after such a long representation by the Nationals.

Ms Powell put the loss down to changing demographics for the seat, and changes in campaigning.

“The Nationals are really great at grassroots doorknocking, meeting people, going to functions, whereas the independent was a lot online and social media,” she said.

“Our electorate is now so diverse. So people who may have been farmers or supported farmers now work in factories.”

While lamenting the fact that no women put their hand up for the nomination, she said the community-based process would give the candidate a strong standing come November.

“Our message is it’s your area, it’s your voice, it’s your vote, make it count. And that’s truly what this election’s about; if people embrace it, that’s fantastic and it will truly be a community voice.”

PHOTO: Three candidates were up for preselection for the Nationals in Shepparton. (ABC News: Stephanie Anderson)

The right time for independents?

The local Member for Shepparton, Ms Sheed, appeared unconcerned by the Nationals’ efforts to win back the electorate.

Pointing to recent state political scandals involving both parties — Labor’s rorting of public money laid out by an ombudsman’s investigation and the Liberals’ Good Friday pairing deceit — Ms Sheed said the time was right for independents.

“You know the parties seriously are on the nose in terms of the wider community generally, the last few weeks have seen all the parties at their lowest points,” she said.

“And if ever there was a time for independents to stand up and represent their communities as opposed to representing parties, then I think the broader community and the electorate, the people of Victoria, would be willing to look at people who are prepared to do that.”

Ms Sheed said Shepparton would be the setting of a hard-fought political battle, but the Nationals would have more to worry about than the incumbent.

Under the Coalition agreement, the Liberals do not field candidates in seats held by the Nationals, but with an independent holding the mantle, all bets are off.

The Liberals have preselected Shepparton businesswoman Cheryl Hammer, making it a three-cornered contest.

“Peter Ryan at the last election called Shepparton the jewel in the crown of the National Party, so it’s been a big loss to them to lose it, they will definitely want it back.” Ms Sheed said.

“But of course this time around they have to face the Liberal Party as well as an independent, an incumbent independent.

“So it’s going to be a very hard-fought battle for Shepparton but that’s a great thing for the community.”

Ultimately, the only poll that counts will happen in November.

Are Furnished Properties in Shepparton Popular?

10 Questions to Ask Before You Rent That Apartment

5 Ways How Serviced Apartments Prevents You From Stress!

3 Reasons Serviced Apartments in Shepparton Are Perfect for Family Accommodation

19 Things to do in Shepparton with Kids 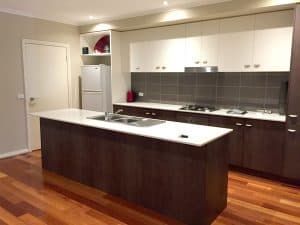 L'Barza Apartments offer short and long term accommodation for those who are looking for a superior level of accommodation, service and quality in Shepparton. We are a little different than other serviced apartments, in that you feel at home from the moment you arrive, as you don't walk into a reception or lobby area.

You have questions regarding our services please feel free to contact us.

Google Rating
4.7
Based on 22 reviews

Anderson. P
17:27 08 Nov 19
If you are looking for the best apartments in Shepparton, then look for no more. This is the best you are gonna find. The location and the apartment is excellent. I also would like to mention about Jan, she knows the meaning of customer service and willing to go that extra mile for ensure customer is having the best experience with them. I Highly recommend lbarza if you are planning a stay around Shepparton.

Barb Dewdrop528
01:21 25 Oct 19
I got a tour of two apartments today and would have to say accommodations are first class.

Bridget Miles
05:20 06 Jun 19
Modern and clean homes with everything you need including comfy beds.

Natalie Robinson9
02:50 22 May 19
Best accommodation in town. Highly recommended. See you next visit.

Tabatha Savage
20:58 21 May 19
We always choose L’Barza Apartments when we have projects in town. The apartments are always very spacious and comfortable which is what we need when staying for months at a time, and our staff love the weekly servicing, free WiFi and just the general feel of the apartments. I couldn’t recommend L’Barza more highly!

Michael Albino
23:09 28 Feb 19
L'Barza Apartments is the first place we call when coming to Shepparton for business or personal trips. We have stayed on multiple occasions, for periods of anything from one night to over 6 months for a large project. All of the apartments are immaculately appointed and it is fantastic that the kitchens are all full sized and all of the laundries include a large washer and dryer. The outside areas are a bonus where we can relax at the table and chairs, and free parking and wifi is just great! The girls who service the apartments are very accommodating the need for earlier cleans for our guys who work night shift and any time we have had any queries they have been attended to straight away. I couldn't recommend L'Barza Apartments more highly!

James Anderson
03:52 09 Oct 18
We stayed here for 8 weeks whilst completing a project in townService was impeccable Apartment was very clean and well appointed Great location Jan was a pleasure to deal with.

Eugenie Stragalinos
06:16 23 Jun 18
Definitely the best home away from home I've come across! L'Barza Apartments definitely know how to look after their guests, whether for work or pleasure. I've always found the apartments to be clean, neat, and tidy and always provide a secure stay. Nothing is too much trouble for Jan who goes out of her way to make your stay enjoyable! I highly recommend L'Barza Apartments when staying in Shepparton - being a regular visitor to Shepparton for work, L'Barza is definitely my go to place for accommodation - I'll definitely be back!!!

Chantelle McKinley
00:53 22 May 18
We have been using Lbarza Apartments to accommodate staff for the past 3 years. This has included stays as short as 1 night, a week or several months at a time. Throughout this period, we have been extremely happy with the service provided by Jan and her team. She has always gone out of her way to assist where ever possible, fitting in bookings at short notice, trying to meet favourite requests where possible and always with a smile. Our guests have found Lbarza apartments to be spacious, modern, well maintained and provide all the comforts of home, importantly they enjoy returning there when travelling on business.

K J
04:33 02 May 17
Highly recommend for either business or pleasure. Everything I was looking for, perfect location, easy access to everything, impeccably clean. Great decor and so comfortable, slept like a dream. A big thanks to the team, I will be back again.

Michael Manks
09:13 30 Apr 17
Used L'barza consistently for 6 months when working away. They where great, really nice apartments and a great price. Also they go out of there way to look after returning customers which made late bookings possible and an ease. Will use them again if in the area.

Barry Marsh
01:02 30 Apr 17
Booked 4 apartments for a job in Shepparton. All staff were very happy with the accomadation, the best we have had. Definitely beats a caravan park or a motel. Would recommend to anyone looking fof all the comforts of home.

klear Picture
23:32 29 Apr 17
What a great and better alternative to a hotel. Very clean well decorated spacious accomodation. Feels like a home away from home perfect for my business trips. Will return.

Lauren- Business Management Teacher
23:25 29 Apr 17
Very well presented, tidy and fully equipped apartments. It has been a terrific place to stay over the last 3 Easter holidays, will definitely be heading back for many more. Jan is also extremely accommodating and organized. Would absolutely recommend!

Jan Reed
03:21 11 Jan 17
The apartment was fantastic! Relocating was made so much easier because I was able to stay in the apartment for a couple of months until I settled into Shepparton. Modern, very clean and beautifully decorated. Location was perfect for easy access to the CBD and the kitchen had every convenience we needed plus more! I would definitely recommend L'Barza Apartments!

Honda Requests
03:10 11 Jan 17
EXCELLENT SERVICED APARTMENTS!!! We had an unforgettable experience here at L'Barza! Very well maintained and clean serviced rooms fully equipped with kitchenette, laundry and wifi. The perfect place to stay when in Shepparton and extremely reasonable pricing.
See all reviewsWrite a review